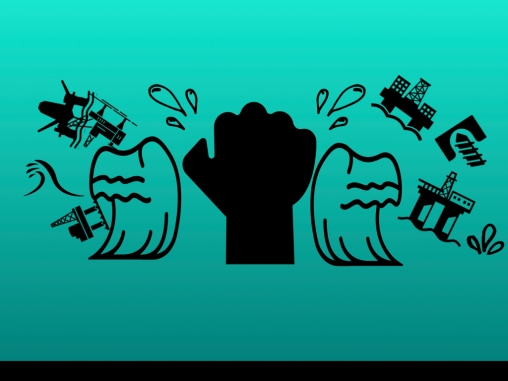 PRESS RELEASE: Social movements defeated the Aljezur drill. Next is to stop the drill in Batalha and Pombal.

In a declaration today, GALP and ENI announced that they gave up on the oil exploration project in Aljezur. This is an important victory of the fossil-free movement in Portugal. The next step is to stop the concessions of Australis Oil & Gas.

The GALP/ENI consortium announced that they desisted from the deep offshore concession in Alentejo. The Aljezur drill had raised unprecedented opposition locally, regionally and nationally. Today, we have one less drill in our future. And this is clearly a victory of the social movements.

Now we need to stop the remaining oil and gas projects. To limit global warming within 1.5ºC, we must stop all new fossil fuel infrastructures and launch a rapid and just energy transition.

Climáximo congratulates everyone involved in this struggle.

This is another victory of the global climate justice movement. Last month we stopped fracking the United Kingdom, yesterday we won against coal in Spain, today we win against GALP in Portugal. Tomorrow, we shall win against the Aljubarrota drill and the Guarda-Bragança gas pipeline. Marching forward for climate justice!

In the last couple of years, the fossil-free movement in Portugal managed to force the government to cancel 10 out of 15 new oil and gas exploration contracts. Now is the turn of the ENI/GALP consortium’s Aljezur contract, the first drill of which is set for mid-September.

The government has been extremely and ridiculously supportive of this offshore project in the Algarve region. After several public consultations, parliament votings, public protests and juridical processes, the Socialist Party government insisted in favouring the corporations, renewed and extended their expired contract, and exempted the drill from environmental impact assessment.

The movement’s response was colossal.

Here is a summary of the last few months.

Following a press conference against the project by all mayors of the region, hundreds marched in Lisbon in the “Enterrar de Vez o Furo” (Bury the drill once and for all) protest in April. This was the launch of a summer of actions, compiled and communicated through the “Parar o Furo” (Stop the Drill) campaign. 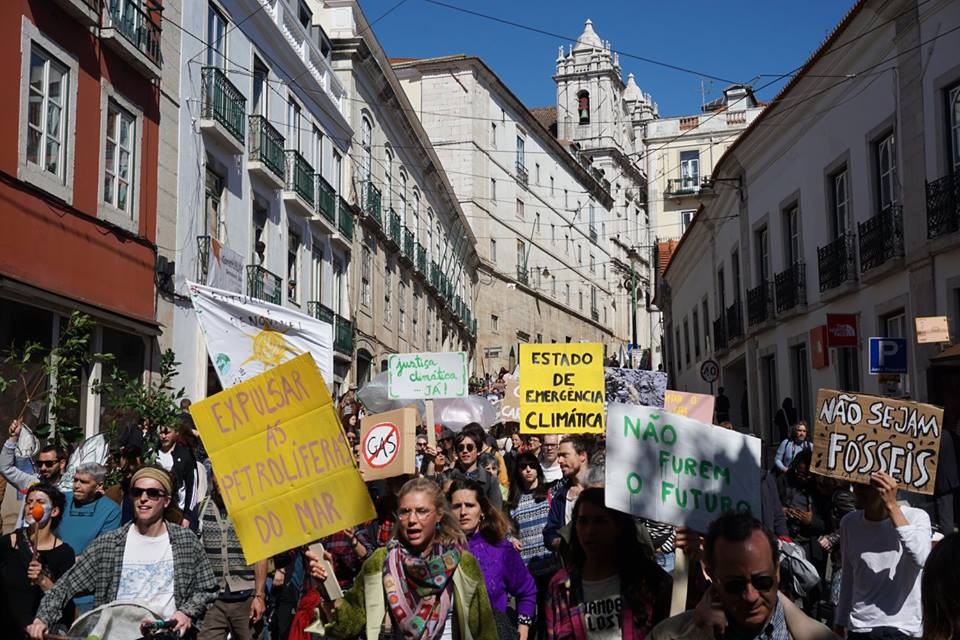 Parar o Furo turned the whole national territory into a playground, where activists kept a rein on all government officials. There was not a single government visit in Algarve that was not met with a protest.

Activists gave a hard lesson to GALP. That is, they actually organized an open lecture on climate change with a university professor at the GALP headquarters. Of course, to protect itself from climate science, GALP invited three bus loads of police to barr the entrance. Determined to make even a little bit of science heard, the activists organized the lecture at the main entrance.

The activists’ next stop was the Ministry of Economy. A live fossil, who heard that Portugal won the CAN European fossil award, wanted to show his solidarity with the government who wanted to accelerate the fossilization of humans. So he designed his own fossil award and delivered to the ministry.

Then it was the turn of the Minister of Environment, who was to give a conference about energy transition. An honest version of the minister went on stage and explained how the government actively supports the corporations in the fight against climate. 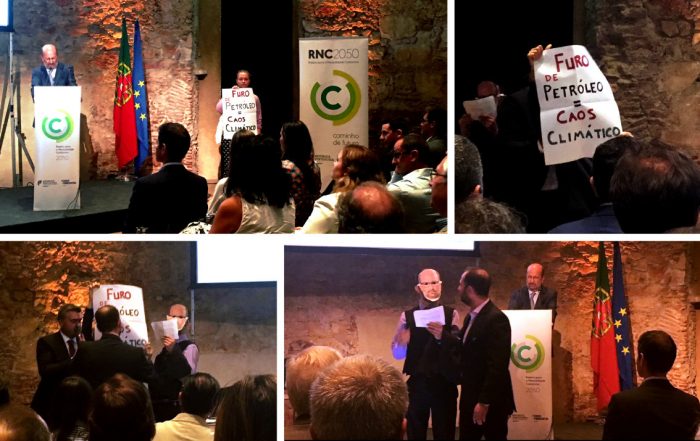 The World Cup also did not go unnoticed, as GALP is one of the main sponsors of the Portuguese national team. The “Don’t Faul Portugal” video got viral on the day Portugal played its first match.

In the meantime, all the country was filled with STOP the Oil Drill signs.

As if targets for actions were lacking, Obama came to the city of Porto to talk about climate change leadership. Reminding to public that it was Obama who launched the famous shale gas revolution in the US, activists served oil cocktails and fracked water in the entrance of the conference. Obama maintained and strengthened the fossil fuel status quo and delivered it to Trump, as is the Portuguese government doing at the very moment with the Aljezur drill.

One day later, beaches all across the country were filled with hundreds of protesters organizing human chains to protect the ocean. The decentralized action “Petróleo é má onda” (expression: oil is not cool; literally: oil is bad wave) took place in more than 20 beaches.

Finally, just a couple of days ago, activists dressed as business men entered the Ministry of Environment and spred banknotes filled with oil. The action “Os vossos lucros VS O nosso clima” (Your profits vs. Our climate) underlined the series of political choices by various government entities to favor the fossil fuel industry and to destroy the climate. In this action, the fossil fuel industry payed a visit to the ministry to pay for its services.

Yet this is not the end of the story. On August 4th, another Parar o Furo action is set in a beach next to Lisbon where hundreds will gather for an aereal art action.

Then in September 8th, just one week before the set date of the drill and together with the world, Portugal will Rise For Climate, Jobs and Justice. Marches in Lisbon and Porto are already confirmed and more information can be found at http://www.salvaroclima.pt .

The website http://www.pararofuro.pt has detailed information in English about the context, has an action map, and sends newsletters (in Portuguese and English) regularly. 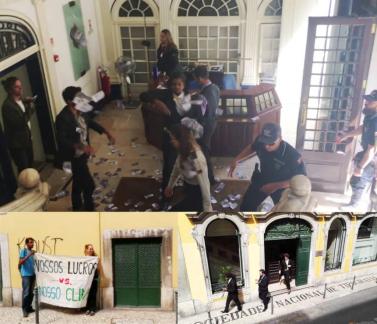 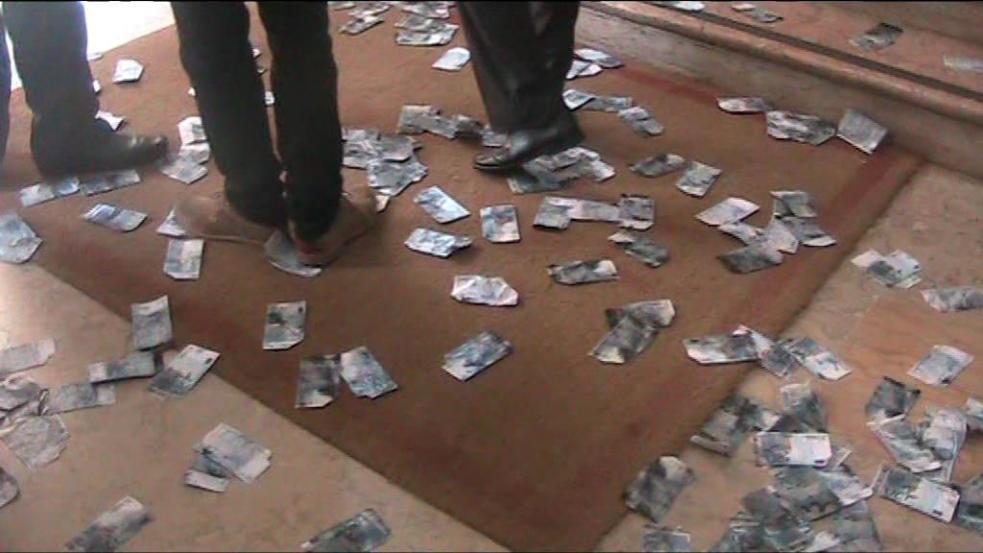 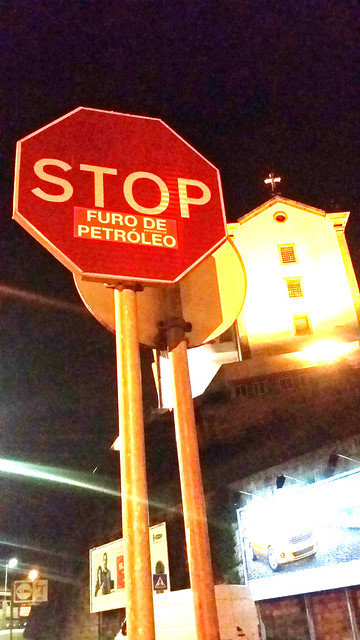 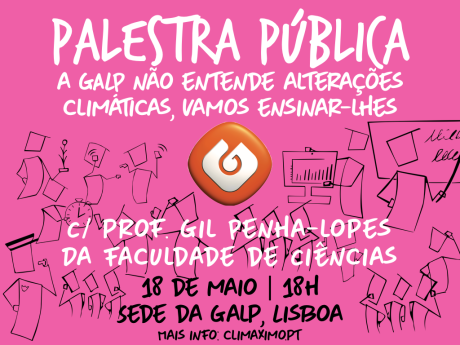 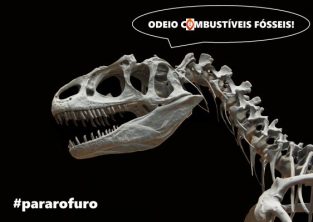